Anticipation is Your Friend: The Art of Teasing a Product or Service Before a Proper Launch 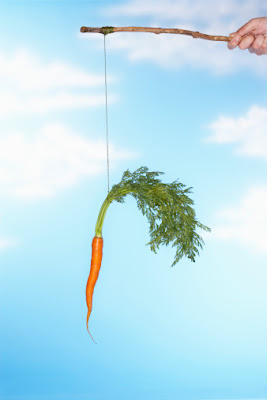 All of your print marketing materials should be designed to evoke an emotional response. Most of the time when you're marketing a product or service, your goal is to convince people to spend money on what it is that you have to offer AFTER the fact. This is time consuming and isn't always successful, especially in a crowded sea of competitors. But what if there was a way for you to start your print marketing momentum well in advance of the actual product or service's release? What if there was a way to build so much momentum leading up to that day that all of the hard work from a marketing perspective had already been done for you?

Luckily, there is a way to accomplish all of this and more. By spending your marketing dollars pre-emptively and teasing the launch of your product or service well in advance, you can build the type of hype that will continue to pay dividends for a lifetime.

The Most Efficient Marketing Engine on the Planet - Disney

Perhaps the most powerful marketing machine in existence belongs to The Walt Disney Company - and this isn't just because they seem to have unlimited financial resources at their disposal. Consider the masterful way that they built anticipation for "Star Wars Episode VII: The Force Awakens." Starting a full year out from the premiere of the movie, a teaser trailer was released to build anticipation. Since that opening salvo, we were bombarded with a steady stream of marketing content, from tie-in comic books to a toy launch event that was treated as a national holiday, and more. Anticipation for a new "Star Wars" film could not have been higher going into its release, but what did all of that marketing really tell us about the film itself?

The answer is "not much." People knew what it was called, knew who was in it, knew it had the words "Star Wars" in the title and very little else. So, why was the hype going into the release of the film so massive if people actually knew next to nothing about it, let alone whether or not it would be good? Because of the power of "anticipation" in action.

When building anticipation for a product or service ahead of its release, the key is to understand just how powerful saying very little can actually be. You don't want a print marketing material to literally say "this is what this does and this is why you want it." Doing so removes the air of mystery from the proceedings, which is one of the key ingredients when building anticipation. You need to focus on core images or small facts that only hint at a much larger whole. You want people to say to themselves "I NEED to know more about what this is," because at that point you've got their attention. Once you have their attention, the actual product or service itself can help make sure that you never let go.

Focus On the Problem, Not the Solution

Say you had a product or service that made it easier for stay-at-home moms to get the kids off to school in the morning. If you wanted to build anticipation in your print marketing materials, you might focus on that particular problem above all else. The different waves of your campaign would be devoted to essentially confirming what they already know - "kids tend to not be cooperative in the morning, if only you had more hours in a day, it's difficult to manage your own schedule and theirs at the same time, etc." Then, you might tease with a bold statement like, "We're about to change all that. Stay tuned for more information," and continue to hit them with additional marketing materials in the run-up to the actual launch.

Not only have you appealed to their sentiments and hinted at how you're about to change their lives in an emotional way, but you've also begun to build anticipation at the same time. The great thing about anticipation is that it tends to snowball - if you can get a customer excited today, your focus can then become on KEEPING them excited, which is significantly easier and less time consuming than getting their attention in the first place.


Anticipation is one of the single best assets that you have in your quest to connect with your target audience in new and meaningful ways. If you can play the "anticipation game" in the right way, you won't have to worry about convincing people to engage with your product or service when it launches. They'll come directly to you - they practically won't be able to help themselves.

Printing, Marketing & Promotional Products with Powerful Execution.
Posted by Peter "The Printer" Lineal at 10:20 AM