You had a tough time during the Great Recession of the last few years, and so did the United States Postal Service. With computers, email, and other technology, total mail volume was already on the decline - and then, the most troubling economic times in decades hit. Mail volume dropped dramatically in a short period of time. 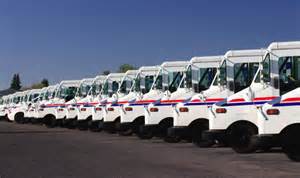 What is an Exigent Rate?

Because of this situation, the USPS asked for something called an Exigent Rate Case. That meant that due to demanding circumstances, the Postal Service was allowed to "raise market-dominant prices above the CPI-U (consumer price index) price cap" for a limited time. After an approval process that required a submitted proposal and a hearing conducted on the record with an opportunity for public comment, the increase was granted.


So Why Did Rates Just Drop?

Exigent Rate Cases are not permanent – they have a limited lifespan as, theoretically, the special circumstances that required them in the first place will resolve themselves eventually. This is exactly what happened. When the emergency rate expired on April 10, 2016, most of us experienced the first postal rate drop in our lifetime. With the price of a first-class stamp dropping to 47 cents, it represents the first decrease in nearly 100 years.

The good news is that mail volumes have actually recovered pretty significantly. This is especially true in terms of packages, as more people than ever before are choosing to buy online at retailers like Amazon.com. The news may be great for consumers and marketers, but it is doing little to actually relieve the problems that the Post Office is still going through.

Megan J. Brennan, the current Postmaster General, said that multi-year revenue declines are still a very real concern and were in excess of $7 billion in 2009 alone. She would go on to say that "Removing the surcharge and reducing our prices is an irrational outcome considering the Postal Service's precarious financial condition."

Not to worry, though. The United States Postal Service isn't going anywhere anytime soon. However, exactly what these rate decreases will do to their bottom line remains to be seen. One thing is for sure, there has never been a better opportunity to truly experiment with the benefits that direct mail has in terms of your overall marketing efforts. If you've moved more in a digital direction due to increased mailing and shipping rates over the last few years, this rate drop is the perfect incentive to dip your toe back in these proverbial waters. Give it a try! 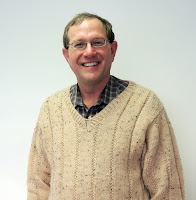 Printing, Marketing & Promotional Products with Powerful Execution.
Posted by Peter "The Printer" Lineal at 11:35 AM