Predictive Analytics: One of the Keys to Direct Mail Marketing Success in 2015 and Beyond 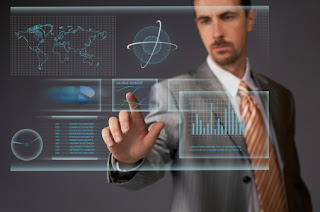 Direct mail marketing is still one of the best and most efficient ways to connect to your target audience, even in this social-media-centric world. But that doesn't mean you need to eschew technology altogether. Case in point: predictive analytics are quickly becoming not just a recommendation, but a requirement for anyone running a direct mail campaign.

What Are Predictive Analytics?

At their core, predictive analytics leverage statistics, data mining, and similar techniques to create a prediction about future behaviors. The idea is to take the past behavior of your target audience and use it to make educated guesses about future activities.

The concept is used in Internet advertising on a daily basis. Have you ever wondered why you suddenly see advertisements for home audio and video equipment or Blu-ray movies right after you purchase a high-definition television set online? It's a combination of programmatic advertising and predictive analytics at play. Marketers know that based on your purchase, there are certain types of accessories you can definitely use.

If you just bought an HDTV, it goes without saying that you could probably use some shiny new Blu-rays to play on it. By targeting you with advertisements based on that information, businesses know they have a much better chance of making a sale than if they randomly targeted 10,000 people, many of whom might not have an HDTV at all.

Many businesses don't realize this same idea can also play a very important role in how their direct mail marketing campaigns are conducted.

How Do Predictive Analytics Help in Direct Mail Marketing?

The major benefit predictive analytics brings to the world of direct mail marketing is one of precision. You no longer have to spend time and money each month to send mailers out to all 3,500 people who live in a particular ZIP code. The fact you were sending out materials to many people who ultimately had no interest in your products or services was always just an accepted "cost of doing business," but that doesn't have to be the case any longer.

Thanks to predictive analytics, you now have a better chance of targeting the RIGHT people within a particular ZIP code based on their past interests and behaviors. Instead of sending out 3,500 mailers and achieving a 2% conversion rate, you can save time and money by only sending out 1,000 mailers while achieving an 8% success rate at the same time. It's about giving you a much smarter way to spend your marketing dollars. It's also about empowering you to stretch your marketing campaign's strength even further.

Plum Grove recently worked with a client and used their existing database of customers to predict who were the most likely responders to an offer. While using this modeling tool costs a bit more, our client was then able to mail to the 10% of people in that geography who were most like existing customers.

In direct mail marketing, success doesn't mean spending as much money as possible. Instead, true success and market penetration are achieved by spending every dollar the right way. Whether you have $10 to spend or $10,000,000, that theory will always hold true. By making excellent use of advancements like predictive analytics, you can make sure your important materials are actually getting in front of people who find them valuable. This will go a long way toward increasing not only the efficiency of your campaign, but also its general return on investment.
Posted by Peter "The Printer" Lineal at 8:56 AM