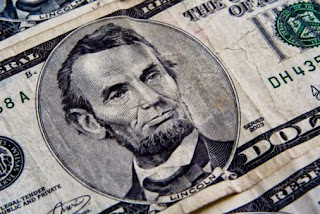 Henry Ford, the famous Ford Motor Company founder, was known for many things. Among them was his role in promoting the assembly line as a viable means for mass-producing automobiles, a process that made cars more affordable for middle-class Americans.

Ford had a global vision with consumerism as one of its centerpieces. He had an intense commitment to lowering costs through systemization and building a more process-driven company.

This focus made his next move (which is not as well known) quite a shock at the time.

In January 1914, Henry Ford made a radical decision. He increased Ford Motor Company employee wages from $2.34/day to $5/day (equivalent to approximately $110 today) and reduced the workday from nine hours to eight.

While this was one of the most generous pay hikes of its time, Ford didn't do this simply out of the goodness of his heart. At the time, the Detroit area was already becoming known for companies offering higher-than-average pay. In addition, the boredom of repetitious, assembly-line work led to higher employee turnover rates. One of the underlying reasons behind Ford's move to increase wages was the desire to attract and retain top-notch employees by effectively creating golden handcuffs.

Ford used his PR machine and news journalist contacts to spread the word about the generous pay. Soon, there were thousands of applicants at every Ford factory, which allowed the company to hire only the best applicants. The fortunate hires stayed with Ford much longer than they otherwise might, since they couldn't get similar pay elsewhere. In one bold move, Ford had managed to solve most of his company's labor problems.

But higher employee retention was only one benefit of Ford's plan. Within two short years of the pay raise, Ford's profits increased by 200% to $60 million per year. Within five years, Ford Model T's were rolling out at the rate of one every 24 seconds, much faster than the 12 days each had initially taken to produce. By the end of 1914, the 13,000 Ford Motor Company employees were producing 260,000 automobiles annually, while the rest of the automotive industry produced 280,000 combined.

At the time, much of corporate America did not view employees as an asset. Instead, they were seen as part of a company's expense. With this single move, Ford was able to open the eyes of the corporate world. Ford had created a workforce that became a model for the eight-hour workday and HR departments of today. More importantly, he set the pace for the eventual rise of middle-class America. Ford employees could actually afford to buy one of the cars they produced.

So what's the moral of this story? What can we glean from it and apply to our own companies in the 21st century?

When companies shift their mindset from viewing employees as an expense item on the financials to an asset with vast potential, they can begin to see brighter possibilities for the whole company as well. Employees who truly believe they are appreciated and feel valuable to their company are much more likely to be highly productive and happy with what they are doing. Content employees are much less likely to actively seek opportunities elsewhere. Loyal, long-term employees lead to stability and customer satisfaction.

Henry Ford made a big splash with his five-dollar workday. The same kind of impact can be made today by implementing innovative ideas that show employees you appreciate what they do.

Studies and surveys have shown that higher pay is not the top motivator for employees to stay with their company. Feeling valued, being content in their role, and accomplishing larger goals are more important criteria. Find effective ways to instill those feelings in your employees, and you can make your own splash.
Posted by Peter "The Printer" Lineal at 11:07 AM