A Fish Story Worth Remembering 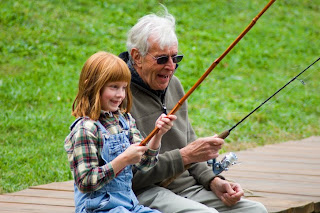 Many years ago, a pike was placed in a tank with live minnows. As you'd expect, the pike immediately swam at the minnows and ate them. After a few days, a glass partition was added to the tank, and the minnows were placed on the other side of the glass (away from the pike). The pike continued to swim after the minnows, but kept running into the partition. Eventually, it gave up and swam around its own side of the tank instead.

After some time, the experimenters removed the glass partition separating the fish, but the pike still did not go after the minnows. It had been conditioned to think it could not reach its prey. An account of a similar experiment involving perch is available here.

So what does any of this have to do with business? Well, people, like fish, often give up too soon. We condition ourselves to believe a goal is unobtainable because we've experienced setbacks in the past. We give up trying, even if the barriers that once held us back are no longer there.

So the next time someone (even that small voice inside yourself) tells you, "Oh, we've tried that before, and it doesn't work," remember the story of the pike. Then give it one more try.
Posted by Peter "The Printer" Lineal at 10:20 PM